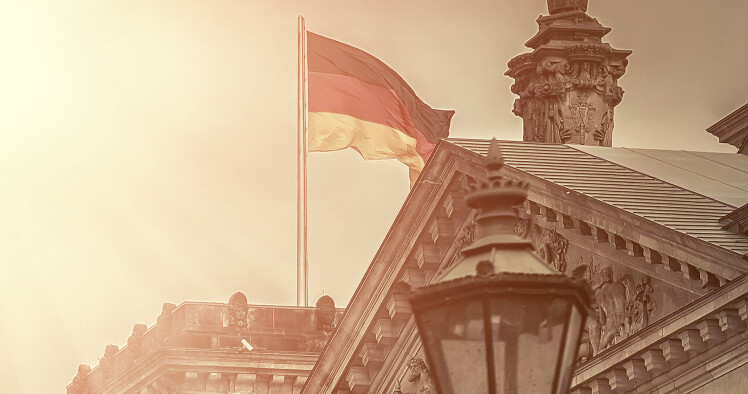 Many companies (including Slovak ones) operating on the German market have experienced a shock in recent years when they received a letter from a German insolvency administrator calling on them to return monetary benefits paid to them for the supply of goods or services by their German contractual partner, on whose assets insolvency proceedings were later opened.

Often this demand followed as a 'bonus' after the company had filed a claim against its German customer in the insolvency proceedings, which in itself usually means a large financial loss. If the insolvency trustee's call was ignored or no agreement was reached between the insolvency trustee and the called-up company, a court case ensued, which very often ended with the trustee's (at least partial) success and a subsequent forced payment to the insolvency estate. Needless to say, in addition to the loss suffered by the firm as a result of the failure to satisfy its declared claim, this unexpected payment obligation was perceived by the firms concerned as extremely negative and unfair.

In the above cases, there was no excess on the part of the insolvency administrators, who acted in full compliance with their tasks, but the effects of the incomprehensibly strict German legislation from the supplier's point of view, which, in comparison with, for example, the Slovak legislation, regulates the conditions for the contestability of legal acts in insolvency proceedings in such a maximalist manner that it affects a disproportionately broader set of acts performed by the bankrupt prior to the opening of the insolvency proceedings. More precisely, the maximalist concept of avoidability is largely determined not so much by the legislation but above all by the case law of the German Federal Court of Justice (BGH), which has taken a very clear course, surprisingly sharply shaping the statutory wording. The German Insolvency Code (InsO) contains a number of facts on the basis of which the trustee is entitled to oppose legal acts of the debtor in insolvency proceedings, but in principle they are not surprising (the opposability in principle affects acts max. 3 months prior to the filing of the insolvency petition) with one exception - a fact whose application in practice has almost got out of control is the provision of § 133 InsO (Vorsätzliche Benachteiligung). According to this provision, the insolvency administrator may demand repayment of payments made by the debtor to its creditors up to 10 years (note: until 04.04.2017 without exception) prior to the filing of the insolvency petition, if the debtor made them with the intention of harming its creditors and the other party was aware of the debtor's intention to do so. This wording can hardly be faulted, since intentional damage to a creditor is a criminal offence which is logically reflected in private law, the problem is the following presumptions that apply in the application of this provision:

As a result of the above very consistently enforced presumptions, paradoxically, the facts, which intuitively should be the 'tip of the iceberg', thus only apply to a narrow set of the most serious proceedings involving the deliberate tunnelling of the insolvency estate for the benefit of one of the creditors by the debtor and with the knowledge of the other party (hence the up to 10-year time limit), in terms of the conditions for its application, it does not differ in any way from the other acts of repudiation under the Insolvency Code, which do not presuppose intentional conduct, indeed, this act can be said to largely encompass (consume) them. In other words, the practical application of the facts, the wording of which presupposes proof of intent on the part of the debtor as well as subjective knowledge of that intent on the part of the other party (which, from the point of view of evidence, commands due respect), has reduced those requirements to proof of (1) the objective insolvency of the debtor and (2) the indicia from which the debtor's insolvency can be inferred. By comparison, the facts of avoidability under section 130(1) InsO (Kongruente Deckung) as well as under section 131(1) InsO (Inkongruente Deckung) allow for the avoidance of acts performed up to 3 months before the filing of the insolvency petition if the debtor was insolvent at the time of the act and the creditor was aware of this insolvency at the time of the act, i.e., as can be seen, the conditions are essentially the same here.

As a consequence of this reversal of the burden of proof in favour of the trustees and the relatively simple evidentiary situation paved by the aforementioned presumptions, the repudiation of legal acts (in particular payments made) has become the rule rather than the exception in German insolvency proceedings, which has been and is regarded by both the professional and the business community as a disproportionate distortion of legal certainty. It is clear that proving the objective insolvency of a debtor, which has its own mathematical definition (e.g. by an expert's report), can hardly be problematic ex post, and the same applies to indications of insolvency, which are regarded by the case-law as evidence of knowledge of insolvency, of which at least a limping payment discipline, payment schedules, pre-action notices, etc. regularly accompany the period before the opening of insolvency proceedings.

This state of affairs has resulted in a strong pressure to adopt a reform of the legal regulation of the repugnancy of legal acts in insolvency proceedings, which has occurred with the approval of the so-called "Act on the improvement of legal certainty in the repugnancy of legal acts under the Insolvency Code and the Act on the Repugnancy of Legal Acts", with effect as of 05.04.2017. This law partially strengthened the legal certainty of suppliers, in particular by reducing the time limit for the repudiation of performances provided by the debtor from 10 years to 4 years before the filing of an insolvency petition, as well as by tightening the conditions for the repudiation of performances where insolvency is required instead of imminent insolvency.

Although the purpose of this modification is undoubtedly to distribute the debtor's (bankrupt's) assets fairly among all creditors from the moment of his material insolvency (which often precedes the moment of the declaration of insolvency proceedings by several years), it is clear that, that the annulment of all disproportionate benefits and the return of all creditors to the same starting line constitutes a greater interference with legal certainty the greater the time lag between the moment of material insolvency and the moment of the declaration of insolvency proceedings (reportedly leading in extreme but not rare cases to secondary insolvency of healthy companies). From this perspective, the original 10-year period was undoubtedly disproportionately long compared to other periods established to protect legal certainty (the appropriateness of the current 4-year period is, of course, also open to debate).

The determination of the moment of material insolvency takes place ex post in insolvency proceedings with full access to the debtor's accounts and other business documents, whereas the debtor's suppliers have no real-time chance to objectively assess the debtor's financial situation (the so-called clues which the case law considers to be an unmistakable sign of insolvency are often present even in healthy companies and may be merely payment reluctance, negligence or simply business tactics). This leads to a curious situation where the legislator seems to have assumed an ideal behaviour of business entities, which in practice is far from being the case. There is de facto a kind of objective (absolute) liability where suppliers have very little chance of eliminating or minimising the risk of conflicting payments from their customers (termination of the business relationship is often not an option, as poor payment discipline can be common across the industry). The risk of loss due to the insolvency of a business partner in the form of unsatisfied outstanding claims is a known and accepted business risk, but the risk of loss due to the repayment of payments received and used in the meantime is a new risk, hitherto unknown and intuitively difficult to accept. At the same time, it is questionable whether all the effort, costs and other consequences of applying repudiation in practice are worth the increase in the creditor satisfaction quota in a given insolvency proceeding by a few percent. It is very likely that the majority of creditors would prefer the inviolability of payments received for goods/services duly supplied. Of course, these comments do not apply to demonstrably deliberate tunnelling of the insolvency estate for the benefit of and with the knowledge of any of the creditors, where strict restitution of the status quo ante is appropriate.

Even after the aforementioned amendment of the InsO, it is therefore still the case that suppliers of German companies have to be wary of the specificities of the German legal environment, in particular in case of poor payment discipline on the part of their German suppliers, as the receipt of payment for duly delivered goods/services may not close the business case as is commonly assumed. The procedure for collecting payments from German companies has its own specificities, precisely with regard to the imminent risk of conflicting payments received in the event of a subsequent insolvency of the customer, where it is the supplier's behaviour (reminders, adjustment of payment targets, payment schedules, threats to stop deliveries, pre-action calls by lawyers, lawsuits, motions for execution), and paradoxically especially the restrained behaviour, that often turns against the supplier in the subsequent assessment of its knowledge of the insolvency of the customer.

Find out more I accept cookies from this site