Liability for loss of consignment in "phantom carriage" (case study) 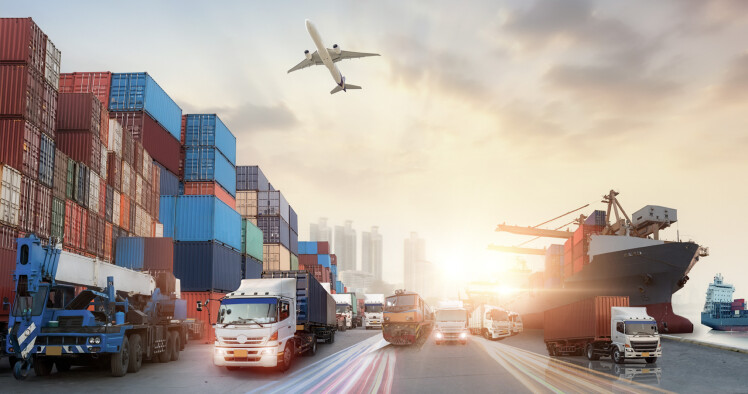 Our law firm accepted mandate for representation of a client in the case of damages, claimed against the client by a foreign manufacturing company with a subsidiary in Slovakia (counterparty) as well as in related cases concerning collection of unpaid invoices of the client from arranged carriages, which the counterparty used for unilateral set-off against its alleged claim for damages.

The subject of the lawsuit filed with local Slovak court was liability claim for damages incurred by the counterparty in consequence of loss of consignment during carriage, arranged by the client. It concerned  2 vehicles loaded by goods in value of more then 300.000,-- EUR, which got lost shortly after loading. In this case, in accordance with the contract, the client used another entity to arrange the carriage, who subsequently selected and contacted the carrier.

In the given circumstances, where the actual carrier, who carried out the carriege according to the documents, has been dead and thus insolvent company for years, and where at the same time it was impossible to file a claim against the insurance company under carriers’ liability insurance as a valid insurance did not exist, the liability was claimed against other entities, which were involved in the organisation of the carriage, including our client.

In the criminal proceedings which followed, where we accepted the mandate for representation of the client as damaged party, it was detected that a so called "phantom carriage" took place, where a deceiver misused the identity of an existing transportation company registered in a specialised portal, falsified the respective documents (permissions, insurance certificate) and loaded the goods in the place of loading under false identity.  It was however not possible to track the person, which organized the fraud as the track was lost soon after the loading, the criminal procedure was subsequently stopped.

Features of fraudulent action were also evident in documents, which appeared in the civil procedure, where i.a. falsified documentary evidence related to the tender for supplier of transportation services organized by the counterparty / its Slovak subsidiary, was submitted.

Contracting in the relevant relation took place mostly informally and the contractual documentation was not certain, even contradictory, the contractual relations were confusingly chained, orders have been submitted by several entities, i.a. by the Slovak subsidiary of the ordering entity, the ordering was organized by a strange shell company, formally apparently registered to a "straw man".

Despite all the above, we managed to prove before courts of both instances, that the client did not enter into direct contractual relation with the counterparty, but instead he acted as a subcontractor on basis of a forwarding contract (so called "intermediary forwarder"), not on basis of a contract of carriage. It was the assesment of legal position of the client as freight forwarder, which was crucial to avoid his liability for damage to the consignment, which occured during the carriage. The lawsuit was therefore dismissed whereas the client was awarded compensation of costs of the proceedings against the counterparty in full amount. On basis of an appeal filed by the counterparty the judgment was subsequently confirmed by the court of second instance.

The counterparty subsequently filed a constitutional complaint as the ultimate remedy, which however was dismissed by the Constitutional Court of Slovak Republic as unjustified.

After the negative judgement became enforceable, the suspended proceedings in which we claimed receivables of the client from arranged transports in total amount of ca 100.000,-- EUR, were resumend, whereas the counterparty doid not accept our proposal to settlement. The proposal which implied payment of claimed principal amount including default interest as well as compensation of costs of the proceedings by the counterparty, was held by the couonterparty as lacking any compromise.

In consequence, an ordinary procedure took place in all four proceedings, where similar shortcomings regarding the contracting documentation was present as in the case of damage from phantom carriage, while the most tricky part was the fact that most transports have been ordered by the mentioned shell company. Here, we similarly managed to prove the liability of the parent company, i.a. on basis of statutory guarantee of the consignee for obligations of the sender towards the carrier as well as with reference to the fact that it was the counterparty who ultimately benefited from these carriages.

The court gradually upheld all lawsuits of the client, adjudicated claims raised by the client and awarded the client compensation of costs of the proceedings against the counterparty in full amount. The judgements were subsequently confirmed by the court of appeal.

Find out more I accept cookies from this site